Hanukkah – the story of the Great Miracle 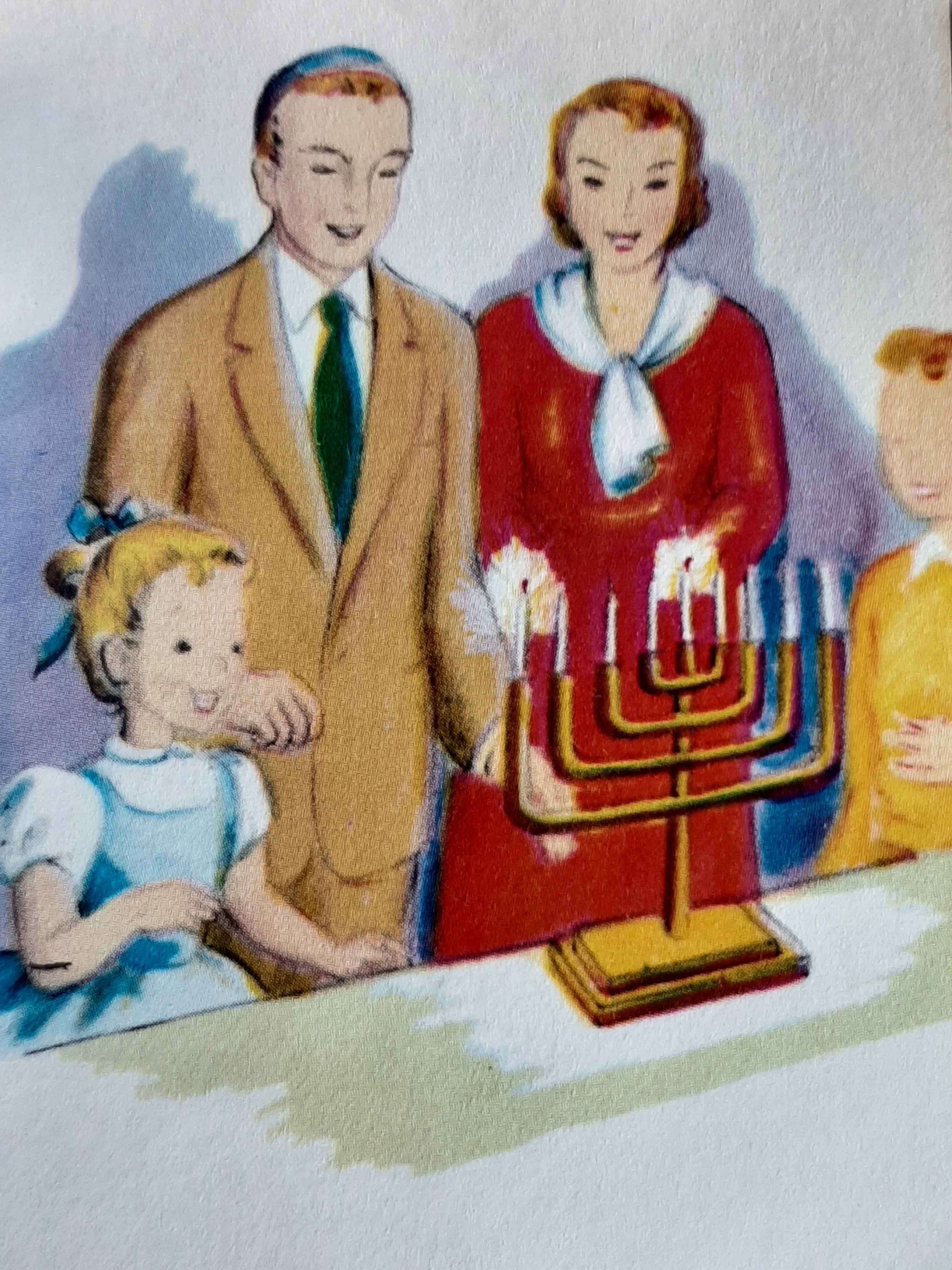 This blog post is reprinted from the November 2021 issue of Villager a newspaper published by the Coburg Village Residents Association.

Hanukkah, or Chanukah, is a Jewish festival that lasts for eight days and commemorates a historical event that took place in Jerusalem in the second century BCE (before the common era) when King Antiochus outlawed Jewish practices, and his army defiled the Jewish holy temple in the city. Hanukkah is a “festival” rather than a religious holiday.

The story is told that a small army of Jews who called themselves the Maccabees, rebelled against this persecution and regained control of the holy temple. Hanukkah was instituted to celebrate the victory of the Maccabees, and the rededication of the holy temple. Purification and rededication require a lamp to be lit in front of the holy ark, however, there was only enough oil to keep the lamp burning for one day. The story continues to say that God intervened, and A GREAT MIRACLE occurred, the lamp stayed alight for eight days, (which was the time needed to produce more oil to keep the lamp burning).

The Festival of Hanukkah focuses on the Great Miracle of the lamp burning for eight days instead of the war that proceeded it. Families celebrate Hanukkah by lighting candles in a special candle holder, called a menorah, for eight days. One candle is lit on the first night and an additional candle is lit each night with a ‘head’ candle, called the shamash. Short Hanukkah prayers are sung as the candles are being lit. Of course, the celebration includes eating foods that are fried, symbolizing the oil of the lamp. Potato pancakes called latkes, and jelly doughnuts, called sufganiyot, are traditional special foods for Hanukkah. It is a time for families and friends to gather, play games, and exchange gifts. The gift giving part of Hanukkah evolved from American commercialism and borrowing the idea from Christmas. Early gift giving at Hanukkah was limited to ‘coins’ that were given to children, but that practice has expanded to buying and exchanging gifts with adults too. There are no specific rules for giving gifts, but most families and friends have established their own practices which are similar to Christmas gift giving.

Hanukkah, from its roots beginning more than 2000 years ago, is about religious freedom and for people to have a right to believe and follow the religion of their own choice. This concept is what we are still hoping for today. Not just for Jewish people, but for people everywhere. As the lights, candles, and smells of holiday foods warm the air and spark our senses; hopefully, this festive season, regardless of how or what we celebrate, will bring us together with a sense of hope for better times ahead in the new year of 2022.