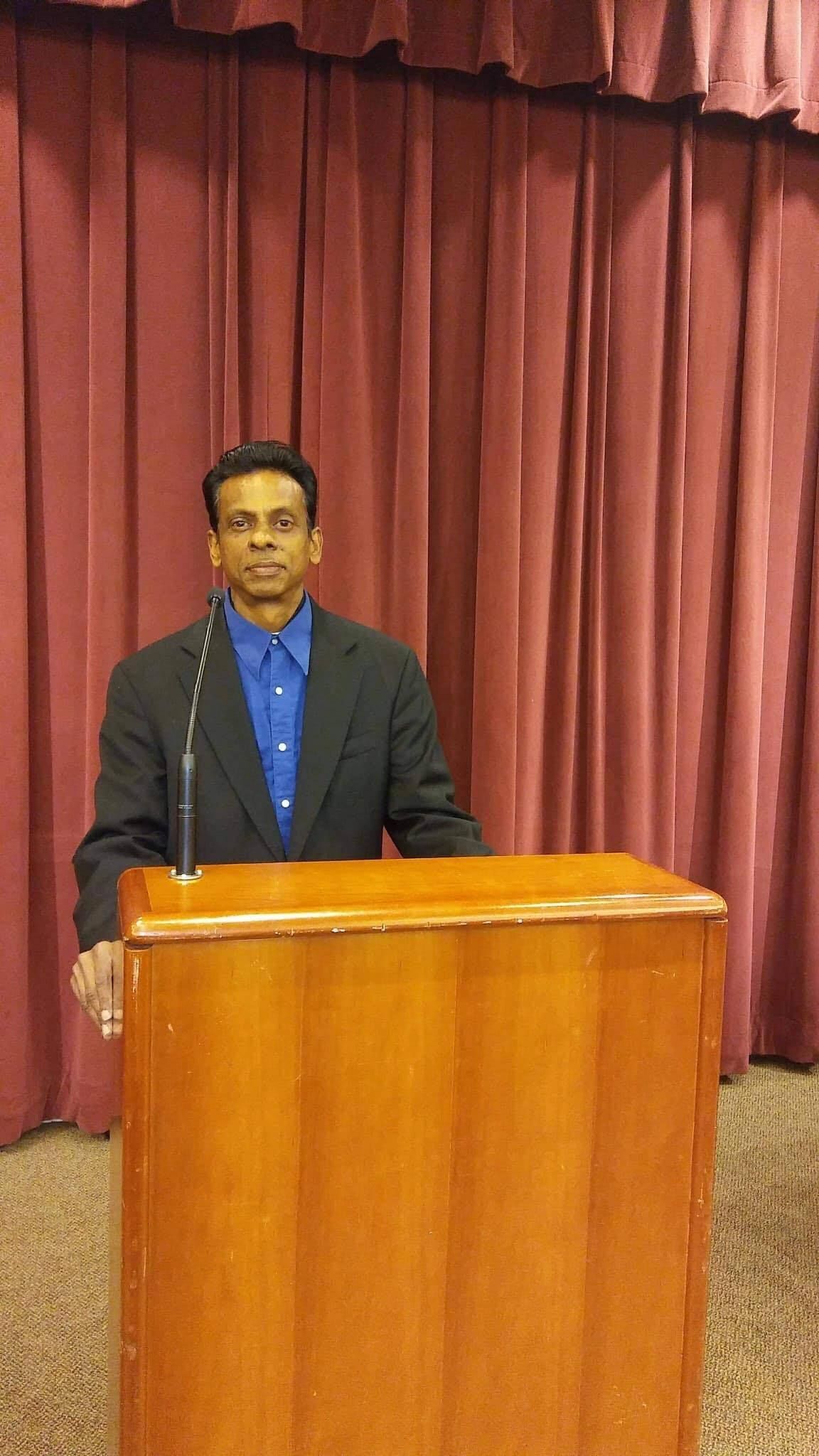 Most Coburg Village residents and staff know Shaum Persaud as a soft-spoken, friendly member of our housekeeping team. Recently, he achieved his dream of becoming a United States citizen. A native of Guyana, Shaum came to the United States seven years ago with his daughter, Reshma, in pursuit of a better life for himself and his two daughters. His daughter Sabrina remained in Guyana with his ex-wife.

Prior to moving to the United States, Shaum worked as a reporter for Kaieteur News, a privately-owned newspaper in Georgetown, the capital of Guyana. He worked with a resolute team of reporters committed to reporting the news as it happened which meant that he needed to be ready any time of day to cover a breaking story. This philosophy of delivering real-time news stories helped grow Kaieteur News into a valued resource for information. It also put a strain on his personal life.

Shaum’s brother was the first in his family to move to the United States and was eventually joined by his mom, four brothers and a sister. His mom has lived in the United States for 20 years and served as Shaum’s sponsor when he and his daughter came.

It is important to Shaum that he become a citizen so that he could have a voice and take part in all that the United States has to offer. Most importantly, he wants to be able to vote and help make a positive impact on the world around him.

Shaum strongly believes in the importance of working hard to achieve your goals and make positive things happen. That is clearly shown by his determination and efforts to become a United States citizen.

Becoming a naturalized United States citizen is not a simple feat. It takes persistence, paperwork (of course), and lots of determination. Shaum studied the guide provided by U.S. Citizenship and Immigration Services in preparation for his in-person interview exam. The exam consisted of three sections: The first was an oral exam on United States Civics. Questions included the meaning of the flag; the number of senators in the Congress; specific questions about the Constitution and its amendments and much more many of which most current adult United States citizens would find difficult to answer. The second part of the exam focused on reading English and the third focused on writing. Shaum passed with flying colors! He is just waiting for his date to take the Oath of Allegiance to the United States, and he is officially a United States citizen.

Becoming a United States Citizen has the potential to open Shaum up to new possibilities. For now, he wants to stay at Coburg Village, as he feels a genuine connection to our residents. A deeply spiritual and humble man, Shaum considered becoming a pastor at the suggestion of former Coburg Village Pastor Arthur Downing. He feels compelled to help people find happiness, simplicity and a balanced mind.

We are proud and excited for Shaum’s achievement and feel blessed to have him working here at Coburg Village.